Your ticket is valid for 24 hours from the moment you start your tour. It is a convenient way to explore London attractions your way. It is called "Hop on, hop off" for a reason - take a London sightseeing bus, explore attractions of your choice, and then take the next bus and continue your London sightseeing tour.

Big Bus London offers four routes: a red route covering the best of Central London with a live English-speaking guide on board every bus as well as audio commentary in 13 different languages; a blue route taking you to see the West of London for Harrods, the South Kensington Museums and Kensington Palace; the Orange Route providing a direct connection between Madame Tussauds at Baker Street and the top attractions at Southbank including the London Eye and finally, the Green Link connecting King Cross, St Pancras and Euston stations with Bloomsbury and the British Museum and Covent Garden.

Hop on, hop off tour runs daily from 8 am to 6 pm. The buses run every 5-20 minutes. Please arrive early to have enough time to locate a bus stop.

After purchasing a tour online, you will receive a confirmation voucher. Your voucher is valid for 6 months. Your ticket is valid for 24 hours after the first scan.

Use e-ticket on your mobile phone OR print out the confirmation with QR code. Present your ticket with barcode at any Big Bus stop.

Children under 5 are free of charge when they are accompanied by a paying adult.

All sales final, no refunds or exchanges.

Included with your ticket:

Use e-ticket on your mobile phone OR print out the confirmation with QR code. Present your ticket with barcode at any Big Bus stop.

» 24 hours of London sightseeing on hop-on, hop off double-decker bus 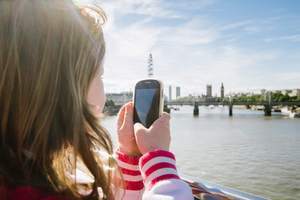 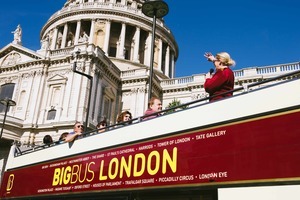 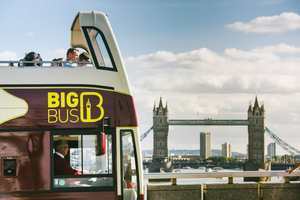 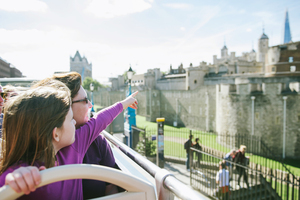